An MMO set in the Pokemon universe 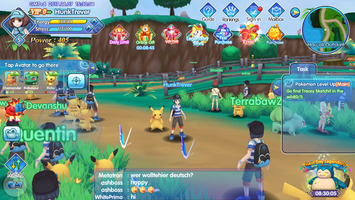 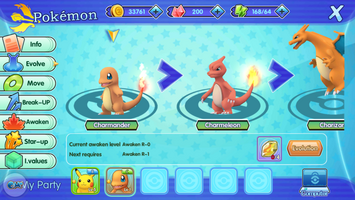 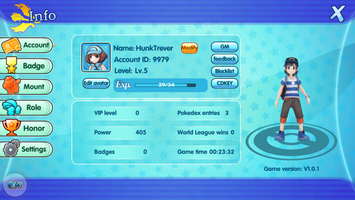 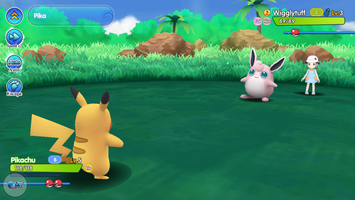 Advertisement
Pocketown is an unofficial video game that’s openly inspired by the Pokemon saga, especially, at the aesthetic level, the Sun and Moon editions. Your main aim here is the same as in its console counterparts: to become the best trainer by capturing new creatures and fighting against other characters.

The bulk of the combats is exactly the same as in the original games. You can do different attacks with each of your Pokemon characters and use any of the five waiting in reserve in order to find the type of skill that could benefit you most in each battle. Plus when you face wild Pokemon you can capture them with a Pokeball. Keep in mind that you have to decrease their life just enough without destroying them.

As far as the development of the game goes, the gameplay follows the standards of any Asian MMO, with all kinds of daily events and rewards for passing certain trials or performing tasks constantly during several consecutive days. On the game servers you can see other players roaming around the map. You can trade with them, fight them, and form guilds, among other kinds of interactions.

As far as your cast of creatures goes, you’ll see classic first-generation Pokemon, some newer ones and the legendary Pokemon, which are much harder to catch.

Pocketown is a surprisingly awesome game even though it's not an official product. The 3D visuals combined with the super well-known gameplay make it one of the best Pokemon-related experiences you can find for Android.
Reviewed by Raúl Rosso Translated by Beatriz Escalante

It took too long to load

Genshin Impact
An open-world RPG with spectacular graphics
League of Legends: Wild Rift
The MOBA king deploys its arsenal on Android
Brawl Stars
3-on-3 battles from the creators of Clash Royale and Clash of Clans
One Piece: Fighting Path
A unique adventure in the One Piece world
Angry Birds Epic
Join the Angry Birds on their most epic adventure
LifeAfter (Global)
Cling to life in a hostile world
Blockman GO-Adventures
Travel and have fun in all the worlds offered by this application